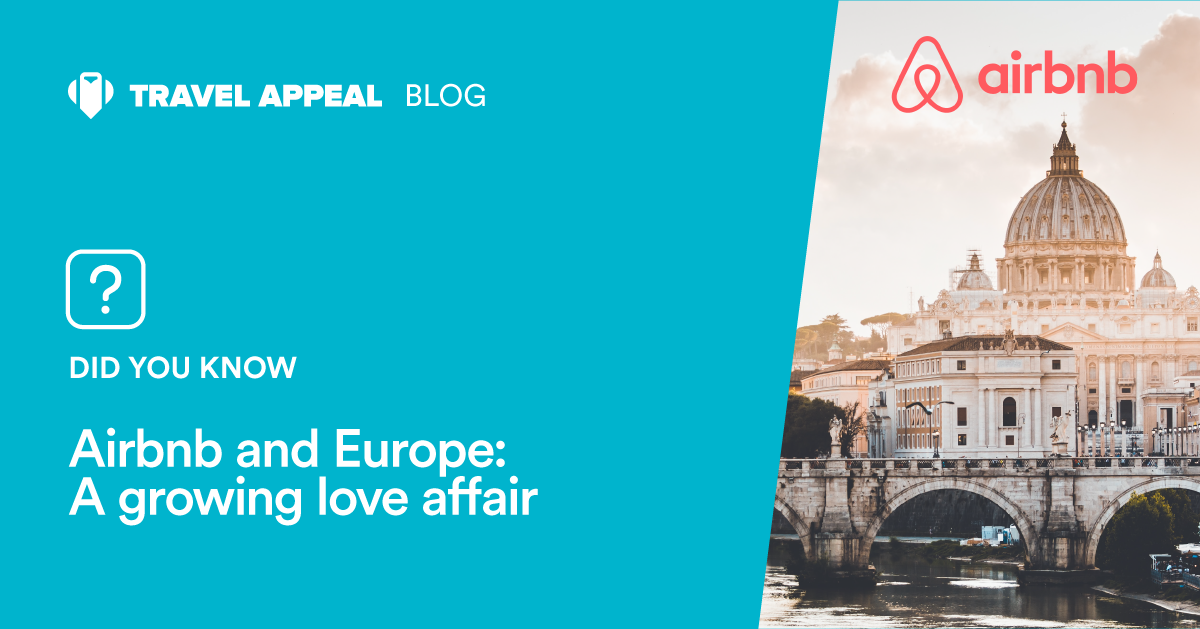 The connection between Airbnb and Europe, may be directly influenced by revenue, but there’s no doubt about the spark between the two!

In the latest press release published by Airbnb, the fastest growing accommodation community has revealed their success throughout Europe.

After the United States, the markets with the highest economic revenue include France, Spain, the United Kingdom and Italy.

In March, the platform celebrated half a billion guests. Almost half of which were in Europe (45%) - more than North America and Asia combined! Unsurprisingly, London, Paris and Rome were the most popular European cities.

The rise of Airbnb in the Bel Paese

The numbers shared by Airbnb mirror those reported by Italia Destinazione Digitale, which with Travel Appeal and Keesy, analyzed the impact of the vacation rental sector in Italy, including the ten most popular cities throughout The Boot.

The growth of short-term rentals in Italy greatly increased in 2018. Compared to 2017, active property listings grew by 31% and reviews jumped 25%.

According to Airbnb, the Italian city with the highest estimated direct economic impact is Rome (€961 million in 2018). In a recent Travel Appeal analysis, Rome alone recorded more than 61,000 listings and 736,000 reviews (37% of the total analyzed reviews throughout Italy). 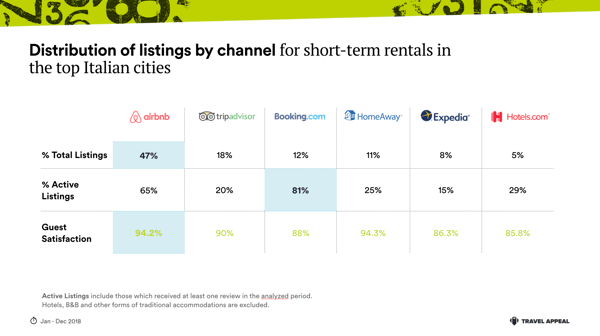 Why are travelers so satisfied with Airbnb? Perhaps it's because they're increasingly attracted to alternative accommodations. Airbnb has embraced the idea of ​​ living like a local with endless possibilities to spend the night in a non-traditional accommodation; such as castles, igloos, tree houses or more!