Going for Gold: The Internet Reacts to the Milan-Cortina 2026 Olympics 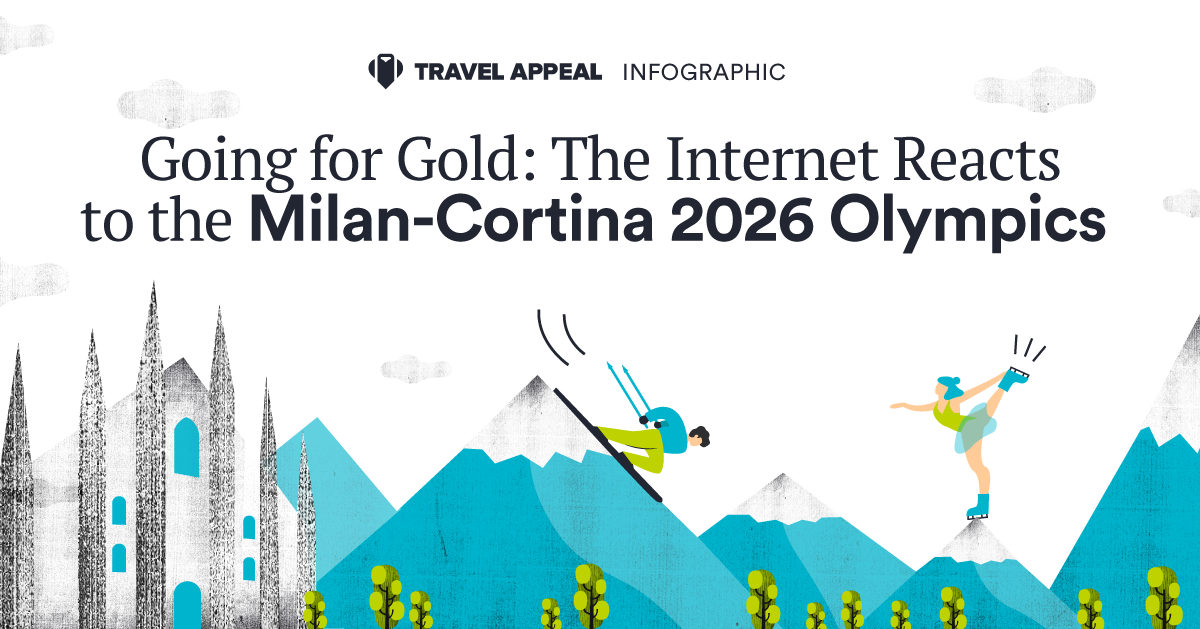 The northern Italian cities of Milan and Cortina have been selected to host the 2026 Winter Olympics and though the games are over six years away, reviewers have wasted no time letting their opinions be heard online.

Using our big data and AI technology, Travel Appeal has investigated the online impact of the olympic games that will undoubtedly impact the Bel Paese over the coming years. We have analyzed over 50 thousand posts and nearly three million interactions - likes, shares and comments - on Twitter, Instagram and Facebook to uncover the latest insights.

The global sentiment score of the total reviews sits at 71.7%, a positive sentiment considering most of the online feedback revolves around politics.

Of the social content, over 30 thousand posts were conversations written by nearly 20 thousand unique authors.

Who was behind the keyboard? 68% of posts were written in Italian, while 32% were written in other languages. As countrymen of the host country, the posts in Italian recorded a sentiment of 68.9%, while non-Italians were much more satisfied with the news, recording an 83% sentiment score.

Interested in learning more insights about the Milan-Cortina Olympics? Download the free infographic below to discover the latest insights including:

Your social listening guide to the Milan-Cortina 2026 Olympics is just a click away!