How the Internet Voices our Reaction to Disasters: The Case of Notre-Dame de Paris 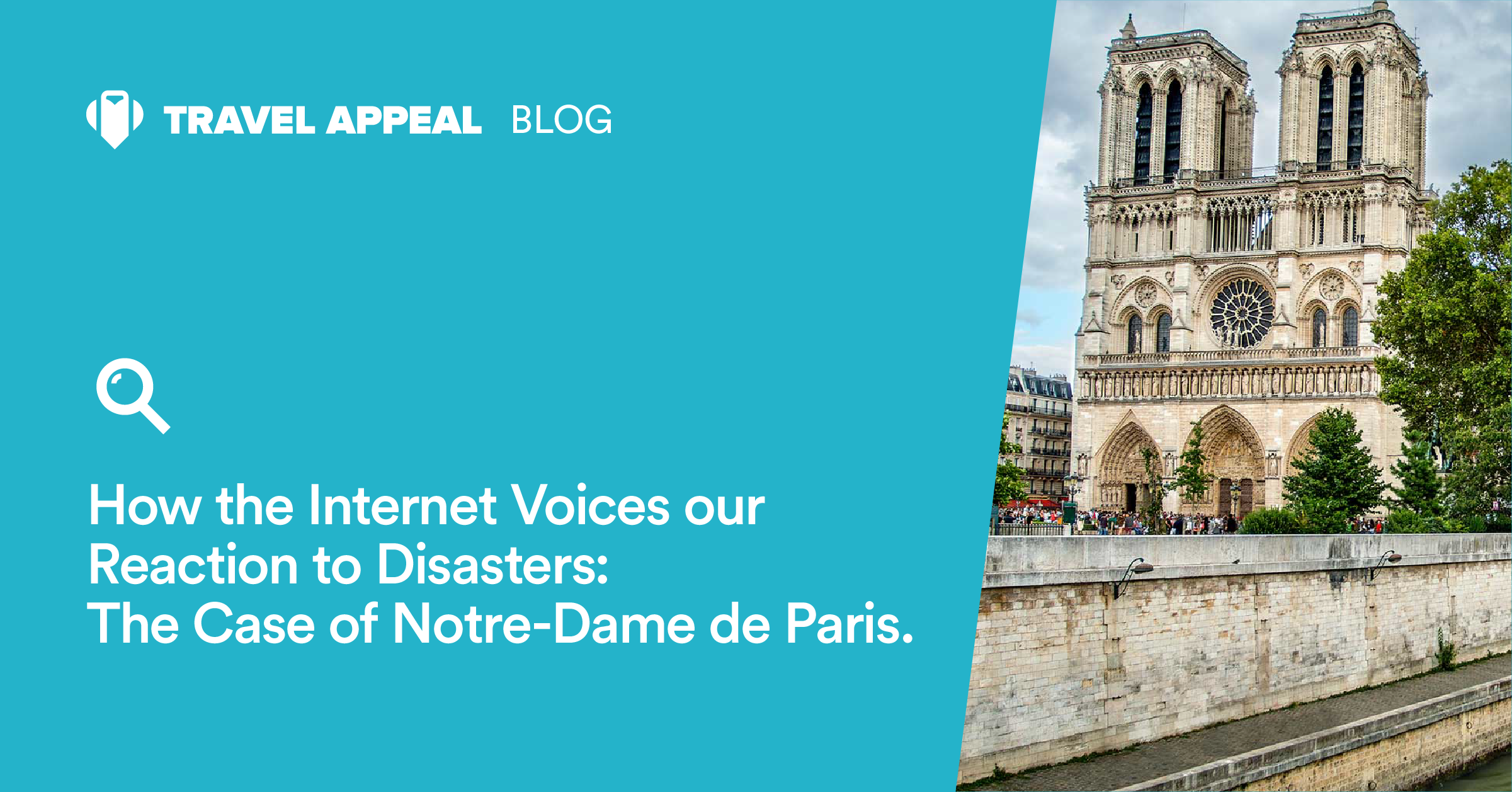 How do people react in the face of global tragedies, such as the burning of the Notre-Dame de Paris Cathedral?

Anger, frustration, condolences and prayers… Everything is poured onto social media and the internet like a flooding river. This phenomenon shapes our perceptions towards tragic events by not only making us more aware of what’s happening, but bringing us closer, even when we’re thousands of miles away.

To better understand the role of the Internet during disasters, we have analyzed the trends of reviews and sentiment following tragedies, including the fire of the beloved Parisian symbol.

The Internet and Global Crises: What happens during and after the shock

Social media and new technologies have radically transformed the way people process disasters and tragedies, from terrorist attacks to natural disasters. Many studies delve into this phenomenon.

The University of Bamberg has published an in-depth study about the growth of online platforms, especially social media, in times of crisis:

"Technology, it's not a thing in and of itself, it's how people interact with it, it's how people use it," states Nigel Snoad, former senior advisor of the United Nations Humanitarian Office. He further reveals:

“Ultimately the trust that we have in each other, if we have connections and contacts and relationships and so forth, is part of the network that we use to respond to any emergency, if you're in a local community or if you're international responders coming in, as some of us were. And so those relationships are really how we build the bridges.”

In light of this data, we have analyzed the behavior of online users following the fire of Notre-Dame.

Tweets containing the hashtag #NotreDameCathedralFire have grown to 40,000 in France alone and continue to climb. This hashtag is currently the sixth most popular throughout the world among trending topics.

Travel Appeal has collected and analyzed online reviews about the cathedral, both on the day of the incident and 5 days before. On April 15th, the date of the fire, there was a surge in online comments. In fact, there were 314% more reviews compared to the average from the previous 5 days.

Google was the top channel used to leave reviews. 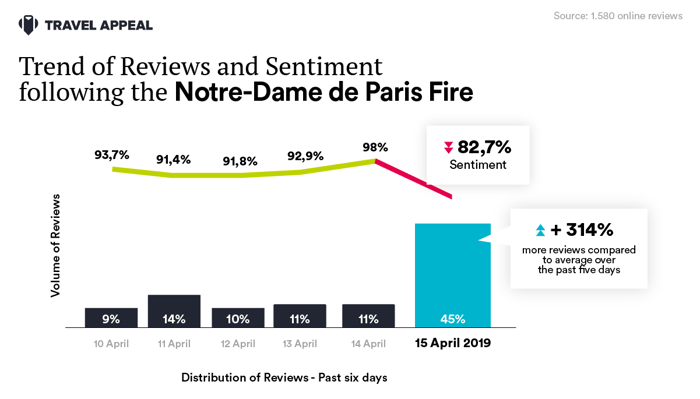 Faced in a moment of a global crisis, people gather around social media. We hope the internet and social channels are not only a place where people can stay informed, but unite together.